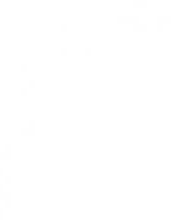 Dimitry Shumski was a Post Doctoral Research Fellow at the Rosenzweig Center from October 2005 to June 2006. His research project was titled "Czecho-German Jewry, the Prague zionists and the origins of the bi-national idea in Zionism, 1900-1921".

The results of his research has been published under "Zionism and Racial Thinking in the Multi-National Empires in the Fin-de-Siècle: The Cases of Vladimir Jabotinsky and Max Brod", in Y. Shenhav & Y. Yonah (eds.), Racism in Israel (Jerusalem, 2008), pp. 201-217 (in Hebrew).

Dimitry Shumski is currently a lecturer in Zionism and Modern Nationalism Studies at the Department of the History of the Jewish People and Contemporary Jewry at the Hebrew University, Jerusalem.