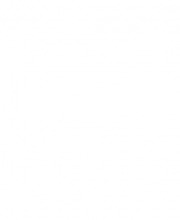 Project Coordinator: The Historical Archive of the Hebrew University

Adi Livny is the academic coordinator of the international project The Historical Archive of the Hebrew University: German-Jewish Knowledge and Cultural Transfer, 1918-1948, a collaboration between the Franz Rosenzweig Minerva Research Centre and the Deutsche Literatur Archiv in Marbach, supported by the Greda Henkel Foundation.
Adi is a PhD candidate at the department for the History of the Jewish People and Contemporary Jewry, a recipient of the Hebrew University’s President’s Scholarship for outstanding Doctoral Students (2015) and a fellow of the "Da'at Hamakom" I-Core Center (2014-2015). Adi earned her BA and MA from the department of Political Science at the Hebrew University. her MA thesis “Conscientious Objection and the State: between Confrontation and Recognition” (2013) dealt with the policy towards objection to military service in Israel, Germany and Switzerland during the second half of the 20th century.

Adi’s dissertation - “The Windows of This House Shall Be Open to the Four Winds of the Heavens": A Spatial History of the Hebrew University (1925-1948)- is written under the supervision of Prof. Yfaat Weiss. It explores the university’s existence as a Western agent in an Oriental environment and as an agent of nationalism in a pre-state era. While scholars and intellectuals stand at its center, the research’s concern is not with intellectual history, but rather with a history of the university as an institution, focusing on its policies and practices, rather on the knowledge it produced.