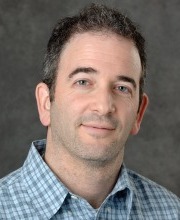 Prof. Benjamin Pollock is the Sol Rosenbloom Associate Professor of Jewish Philosophy at the Hebrew University, where he has taught in the Department of Jewish Thought since 2015. He became director of the Franz Rosenzweig Minerva Center in the fall of 2017.

Prof. Pollock received his doctorate in Jewish Thought at Hebrew University in 2006. From 2006-2015 he taught in the Department of Religious Studies and the Jewish Studies Program at Michigan State University. He has also been guest scholar and teacher at the University of Toronto, as the Ray D. Wolfe Fellow in Jewish Studies (2004-2005) and as a Halbert Exchange Scholar (2005-2006), and at the University of Michigan, as a Fellow of the Frankel Institute for Judaic Studies and as the Padnos Guest Professor of Judaic Studies (2012).

Prof. Pollock’s field of research is modern Jewish philosophy, especially in the German context, from the Enlightenment through the 20th century. His first book, Franz Rosenzweig and the Systematic Task of Philosophy (Cambridge University Press, 2009), was awarded the Salo W. Baron Prize for Outstanding First Book in Jewish Studies by the American Academy of Jewish Research, and the Jordan Schnitzer Award for Best Book in the Field of Jewish Philosophy and Jewish Thought 2009-2012, by the Association for Jewish Studies. His Franz Rosenzweig’s Conversions: World Denial and World Redemption (Indiana University Press), appeared in the summer of 2014.

Prof. Pollock is currently at work on several projects. He has published a number of articles on conceptions of theocracy in modern Jewish political philosophy which he aims to shape into book form. He is working on a study of modern Jewish philosophy of language which examines, among other themes, affinities between F. Rosenzweig’s view of language and the Anglo-American tradition of ordinary language philosophy. And Prof. Pollock has begun a long-range project that explores therapeutic elements of Jewish philosophical writings on self-formation.

- The Philosopher as Witness: Fackenheim and Responses to the Holocaust, editor, with Michael L. Morgan (SUNY Press, 2008).

- “Practical Reason? Salomon Maimon and the Problem of Moral Presentation,” Journal for the History of Philosophy (forthcoming)

- “'The Kabbalistic Problem is not Specifically Theological': Franz Rosenzweig on Tsimtsum,” in A. Bialik-Robson and D. Weiss, eds., Tsimtsum and Modernity (De Gruyter, forthcoming).

-  “On God as an Object of Action: Schelling, Rosenzweig, and the Spirit of Practical Postulation,” in A. Eusterschulte and A. Kalatzis, eds., From Ionia to Jena: Franz Rosenzweig and the History of Philosophy (Berlin: Neofelis Verlag, forthcoming)

- “To Infinity and Beyond: Cohen and Rosenzweig on Comportment towards Redemption,” in M. Morgan and S. Weitzman, eds., The Messianic Idea in Judaism Revisited (Indiana University Press, 2014).