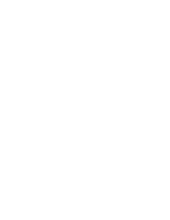 Ghilad Shenhav is a Ph.D. Candidate at the Martin Buber Professorship in Goethe University Frankfurt am Main, and in the Porter School of Cultural Studies in Tel-Aviv University (Co-Tutelle). He teaches courses in Modern German-Jewish Thought and was part of the Graduate School “Theology and Science” in Goethe University. He studied philosophy and literature in Tel-Aviv University, and graduated with great honors with a thesis entitled “Democracy To-Come: Between Theory and Practice”. His research interests include German-Jewish thought, continental philosophy, Talmud and Jewish Mysticism.

Research title: "Abyss and Messiah: Reflections on the Question of Language." This research wishes to address the foundational question of language, as epitomized and resonated in (within) the concepts of the Abyss and the Messiah. As guides to the depths of the Abyss and in the footsteps of the Messiah, I have chosen the German-Jewish historian and thinker Gershom Scholem, founder of the modern research field of Jewish mysticism, and to his side as a second voice, the French-Jewish philosopher Jacques Derrida, one of the most important thinkers in the second half of twentieth century. The concepts "Abyss" (Abgrund / תהום), and "Messiah" (Messias / משיח) haunt the writings of these two authors, where they serve as horrifying terms, which deconstruct and undermine the boundaries of language and its modes of representation. However, at the same time, these terms allude to a playful realm of thought in which seriousness and irony, origin and translation, catastrophe and redemption, concealment and performativity, conjoin and challenge foundational hierarchies and genealogies of language itself.  In terms of its direct contribution, this dissertation wishes to radicalize the current state of German-Jewish Studies, by expending its realms – both of sources and perspectives. By closely reading the works of Scholem and Derrida, accompanied by referring directly to the Jewish and Hebrew sources which underlie these works, I will discuss the terms Abyss and Messiah and show how they help us to rethink the problem of language in the twentieth first century. Such "abysmal discussion" will prove the necessity and potential of thinking about modern philosophical problems with concepts from Western thought alongside sources from Jewish tradition.