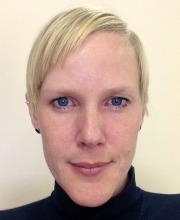 Before joining the Franz Rosenzweig Minerva Research Center Inka Sauter was a PhD-student at the Leibniz Institute for Jewish History and Culture – Simon Dubnow in Leipzig, Germany. She studied Philosophy, History, and Mathematics at Leipzig University and received her M.A. in 2011. In summer and fall 2012, she was a visiting scholar at the Rosenzweig Center holding a scholarship from the Saxonian State Ministry for Science and Culture. From April 2014 to March 2017, her research was supported by a doctoral scholarship from the Ernst Ludwig Ehrlich Studienwerk. From July to December 2018, she was a research fellow at the Collaborative Research Centre 948: “Heroes – Heroizations – Heroisms” in Freiburg, Germany. In July 2019 she submitted her dissertation entitled “Philosophy of Revelation and History. On the Jewish Crisis of Historicism”. It deals with Franz Rosenzweig’s thought concerning history and revelation, as reflected in his The Star of Redemption. In preparation of her postdoc project she carried out archival research at the German Literature Archive in Marbach, funded by a fellowship of the project “German-Jewish Knowledge and Cultural Transfer, 1918–1948” in March and April 2019.

Inka’s research project is dedicated to the translation of the Hebrew bible by Martin Buber and Franz Rosenzweig. It focuses not so much on the translation as such, but rather questions the use of the German language. Buber and Rosenzweig began translating the bible in the mid-1920s and in the process developed a philosophy of language and speech as part of the effort to preserve and guarantee the authenticity of the holy text – a philosophy of authenticity that had its roots, however, in the concept of national spirits. Hence, they referred to the connection of “Deutschtum” and “Judentum” in the field of philology itself. The connection between the two terms, which first appeared around 1880, constitutes the main focus of the project. In particular, the word “Deutschtum”, which could be translated as “Germandom”, was a frequently used term in the 1920s yet had by no means a clear and unambiguous definition. This wide-spread use can be regarded as a sign of change in historical semantics, which becomes evident in the juxtaposition of the suffixes “-ismus” (“-ism”) and “-tum” (“-dom”) in the fin de siècle. It is precisely this change in historical semantics that the postdoc project examines by looking at the language used by Buber and Rosenzweig in their translation of the Hebrew bible.