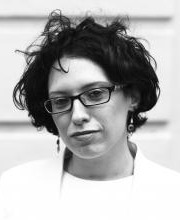 Lana Tatour wrote her PhD in Politics and International Studies at the University of Warwick (UK). Her thesis ‘Domination and Resistance in Liberal Settler Colonialism: Palestinians in Israel between the Homeland and the Transnational’, theorises the racialised, ethnicised, gendered and sexed dimensions of subordination and resistance of native/indigenous populations as shaped through the intersection of the liberal settler state, as both inclusionary and exclusionary, and the liberal politics of human rights, as a vehicle of both empowerment and domination. She has taught at the University of Westminster, University of Warwick and University of New South Wales.

Lana has extensive research experience at leading universities including the London School of Economics, University College London, University of Warwick and Tel Aviv University. Her research has been generously supported by the Department of Politics and International Studies at University of Warwick; the Palestinian-American Research Centre; British Society for Middle Eastern Studies; Council for British Research in the Levant; Mada Al Carmel: Arab Centre for Applied Social Research; AVI Fellowships for PhD Studies; British Friends of Hebrew University; and the Anglo-Israel Association.

In the period between November 2016 and January 2017, Lana will be a Postdoctoral Fellow at the Franz Rosenzweig Minerva Research Center. Building on original archival research, her project will explore the naturalisation of the Palestinian minority in Israel, focusing primarily on the making of the 1952 Citizenship Law.