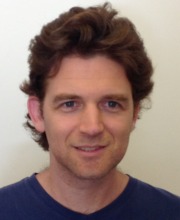 Ori Rotlevy investigates the history of modern philosophy, focusing on problems of method, subjectivity, and the idea-phenomena relation in a Kantian framework, widely construed. He received his PhD from Tel Aviv University with a dissertation titled, "Kant’s Orientation and Benjamin’s Detour: Two Modes of Relating to the Idea". By following Kant’s use of spatial figures of thought, he provided a novel account of the problematics of ideas in critical philosophy, relating it to problems of subjectivity and method in Neo-Kantian thought. On this background, he presented Walter Benjamin’s early writings as a sharp critique on the subject-based directedness of thought found in the regulative use of ideas in Kant. This culminates in the alternative of a digressive method, aimed to transcend the limits of subject-object relations. He was a postdoctoral fellow at  FU Berlin (Minerva Stiftung), at Tel Aviv University, and at the Hebrew University (Lady Davis Foundation), and a member of three research groups in Minerva Humanities Center in Tel Aviv: "The politics and philosophy of space", "Migrating knowledge", and "Tradition: Canon, Transmission and Critique". He co-edited a volume of the historical quarterly Zmanim on modern urban space, and has published several articles on Benjamin, Kant, as well as on the transmission of knowledge from Islam to the west in the Middle Ages. Ori taught courses in political thought and in the history of philosophy in Tel Aviv University, and in IDC Herzliya. His current project is titled "Making Tradition Explicit: Thomas Kuhn and Walter Benjamin".

Ori's current project juxtaposes Thomas Kuhn and Walter Benjamin in a study of tradition, disruption, and critique. These two very different thinkers share with  H. G. Gadamer the understanding of tradition as an implicit condition of human activity. However, while Gadamer sees the explication of tradition in hermeneutics as "fusing" the horizons of the past and the present, Kuhn and Benjamin observe in their respective fields of study - science and modern culture - an opposite effect. The explication, articulation or presentation of implicit traditions is destabilizing and disruptive. From this perspective, Ori examines the corpus of each thinker, revisiting central concepts such as "paradigm shift" and the "tradition of the oppressed", in order to develop the epistemological and political implications of making traditions explicit. On the backdrop of recent literature, which reads each of the thinkers as unfolding Kantian problematics concerning the relations between philosophy and history, Ori suggests rethinking the divide between the two great philosophical traditions of our time, the analytic and the continental, through the very concept of tradition.

- "Knowledge in 'Transmit' or in 'Migration'? The effect of Muslim Scholasticism on the West in The Rise of Colleges", In Migration of Knowledge: Collected Essays [Hebrew], edited by Rivka Feldhay and Gal Hertz, (Tel Aviv: Resling), forthcoming in 2018.

- "From Flânerie to Miniature: Benjamin’s Arcades as an Epistemological Key to the City", Zmanim 119, August 2012 [Hebrew]