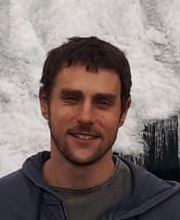 My research deals with a comparison between the philosophy of J. G. Fichte (1762-1814) and Rabbi A. Y. Kook (1865-1935) regarding the Knowledge of God. First, it aims at expressing Rabbi Kook’s ideas in philosophical terms, in order to show his attempt to adjust his theology and kabalistic doctrine to the boundaries of the transcendental approach, specifically that of Herman Cohen. Second, it shows that both Fichte and Kook argue that the knowledge of God must not be conceived as knowledge of an object or a substance but rather as self-knowledge, or knowledge of the subject. At this point both level a critique on Spinoza’s concept of God, which is conceived as a substance. Third, it shall examine whether albeit the similarity, the two philosophers’ understanding of the concept of God as subject, is all the same different. Namely, whereas Fichte adheres to conceive God as the transcendental principle of the absolute Subject, Kook sees this transcendental concept as an intermediate stage which points to a higher concept of God.