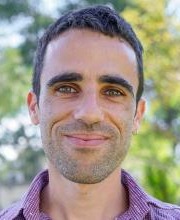 Yonatan Shiloh-Dayan is a doctoral student at the Department for Jewish History and Contemporary Jewry at the Hebrew University of Jerusalem. His main scholarly interests are situated in the fields of intellectual and political history of the 19th and 20th century, intellectual immigration and two-directional transfers of knowledge and habitus. Yonatan works in the project Traces and Treasures of German-Jewish History, and takes part in a joint German-Israeli research project, a collaboration between the Van Leer Jerusalem Institute in Jerusalem, the Franz Rosenzweig Minerva Research Center and the German Ministry for Research and Education (BMBF), investigating German-Israeli relations in the field of Humanities.

Yonatan's dissertation project, written under the supervision of Prof. Yfaat Weiss, is devoted to the life and works of Israeli émigré historians who engaged in Modern German History and their discursive contributions to the international and moreover to West-German historiography.