Dr. Arch. Gideon Kaminka (1904 Vienna – 1985 Tel Aviv) was a prominent Haifa-based architect, local politician and activist within the Central-European émigré-community in Palestine/Israel.  The son of Aharon Kaminka, a well-known Orthodox Rabi, Kaminka the son was trained at the TU Vienna, and he emigrated to Palestine in 1933. He designed public, commercial and offices buildings, as well as private houses, with a special focus on the Haifa German-speaking community and their community facilities. For 28 years, from 1950, he served as a member of the city council, as a representative of an independent Liberal Party. 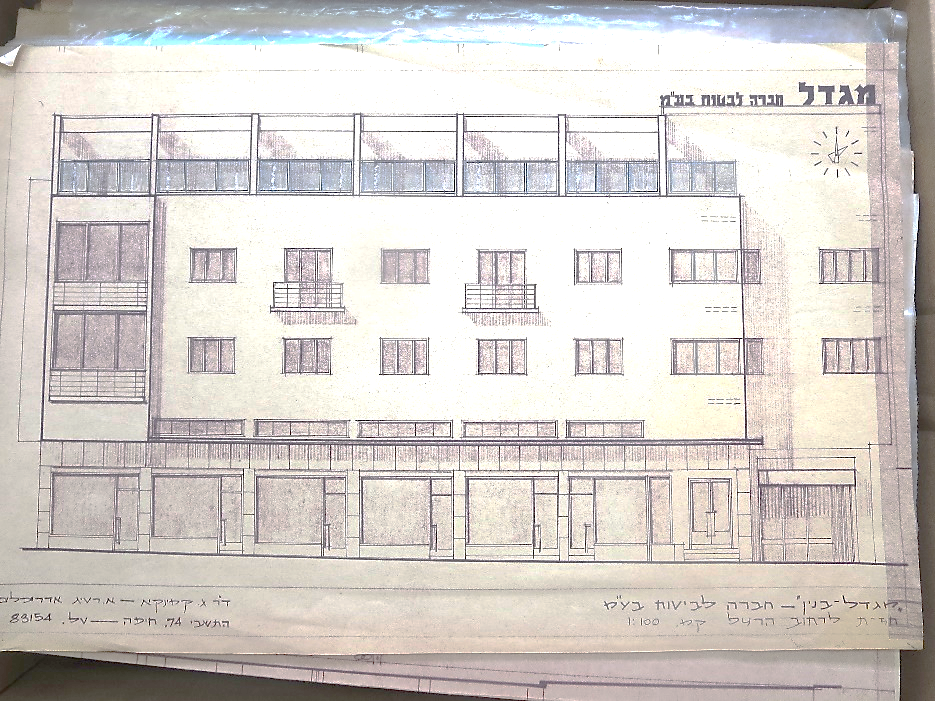